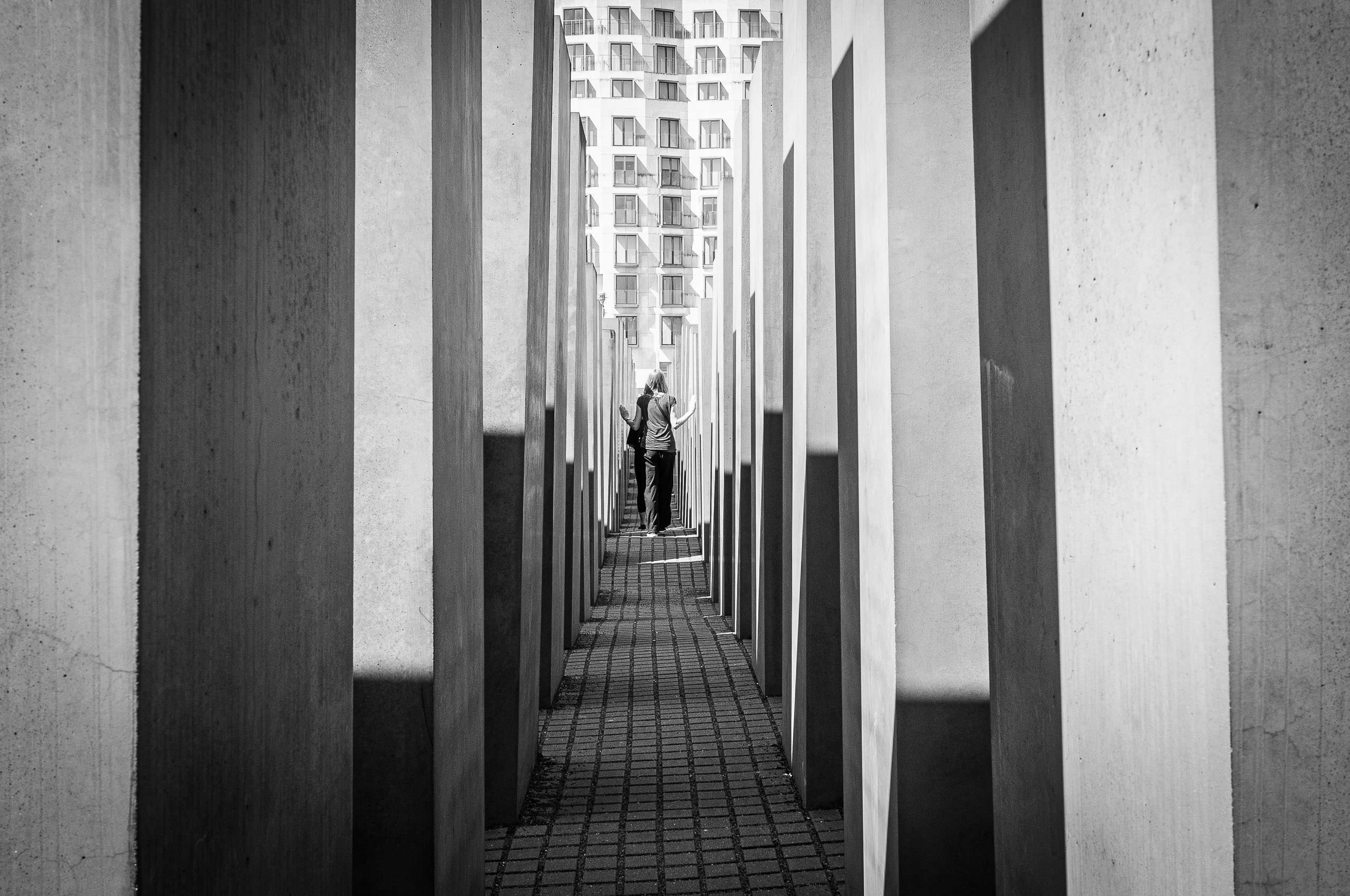 Amongst the memorial stones

A series of unposed photos amongst the stelae of the famous Memorial to the Murdered Jews of Europe in Berlin.

I visited Berlin this past weekend to attend the annual WordCamp Europe event – my first time at the European conference and my first time in the city. After the event closed, I took an extra day on Sunday and because the weather was fair, I rented an e-bike to zoom around the city and see much more than I would’ve done by underground train.

One of my stops was the Memorial to the Murdered Jews of Europe, near the Brandenburg Gate. Amongst over 2,700 vertical concrete stelae, you quickly get a sense of being separated from the rest of the city, as the the sounds from nearby roads are largely dampened. Having picked a spot as far from the edges of the memorial as possible, I waited patiently and took shots of the same view repeatedly, clicking as people appeared and disappeared suddenly.

My aim when taking the shots was to capture the one “right” moment. As I come to review the few dozen images I captured, I see now that it’s the series of shots, in which each person is interacting with the memorial in a different way, which makes the most sense to convey what I observed when I was there.

There are 2 comments for this entry.