In an unassuming bit of forest in the Jura mountains, a small road leads between the towns of Sonceboz and Tavannes, which leads up and over a small pass between the two neighbouring valleys. In the woods just before you get to Tavannes is a band of limestone cliff, in which there is an arch, through which a footpath passes. Nothing special, at first glance. Until you notice an inscription above the arch in red Roman lettering.

The inscription was carved in the second half of the first century A.D. – less than fifty years after the death of Jesus Christ and around the same time as the volcanic eruption of Vesuvius. It reads (in Latin) as follows.

The path is on the original route between the Roman settlements of Avenches and Augusta Raurica via Solothurn. 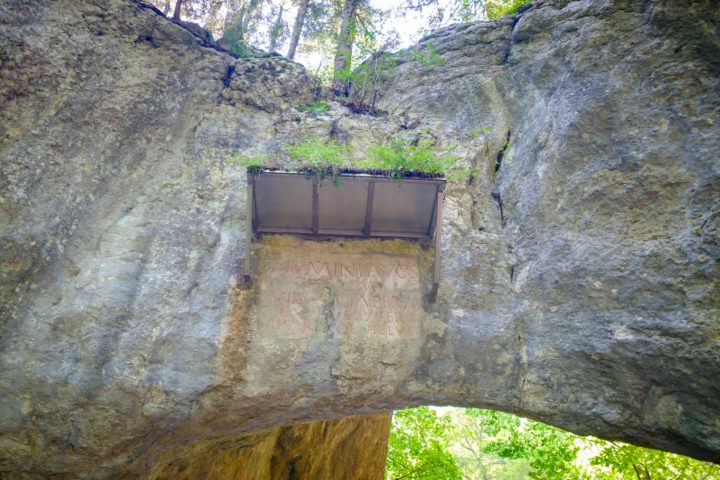