George Leveson-Gower, a British Member of Parliament, married Elizabeth, Countess of Sutherland, in 1785. The land they subsequently controlled was amongst the largest estates in Europe. A statue to his memory was erected in 1830 on the summit Beinn a’ Bhragaidh, standing 30 metres tall and overlooking the estate, Dunrobin Castle and the north-eastern coast of Scotland.

The Duke was responsible for evicting large numbers of people from his land during what came to be known as the Highland Clearances, in order to use the land for large-scale sheep and deer farming. The story is well-known and the Duke is historically less than popular: so much so, that the statue, which is visible from many miles away, has been the target for attacks on several occasions. Most notably in 2011, when unknown vandals took to the statue with tools, and in 1994, when attempts to topple it with dynamite failed. The majority of locals appear to support it remaining as a reminder of the injustice served to the former residents. 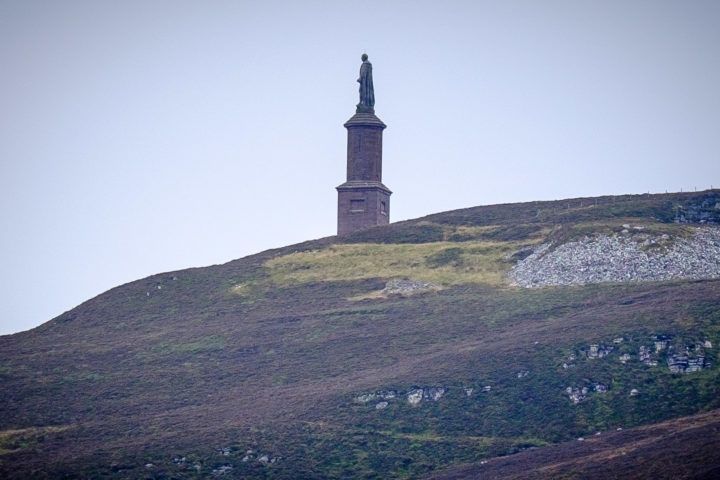