As a main transit route in the simpler times before motorways and railway lines carved through the landscape, rivers often dictated where villages were built: villages which became towns and cities as trade increased. Along the Rhine, many of these towns straddle the river, where defensible points on the river were chosen to build river crossings.

Laufenburg is one such town, which grew around a bridge commissioned by Säckingen Abbey in the twelfth century. Although it’s a comparatively small place by modern standards, it holds quite a history: originally belonging to the Austrian Empire, being the base for the French Revolutionary Army in the nineteenth century and subsequently being divided in two by Napoleon.

Aside from its picturesque appearance and historical interest, the town is worth visiting for geographic reasons: the middle of the Rhine – and subsequently the middle of the bridge – is the national boundary between Switzerland and Germany. Visitors are comparatively free to walk across the bridge and into the neighbouring country: less common than on other national boundaries surrounding Switzerland, which remains independent from the surrounding European Union member states.

Photographically speaking, the best views of the crossing are in the afternoon, when the sun illuminates the village and bridge from the west. These views are from the Swiss tourist information office adjacent to the bridge; in the centre of the bridge, straddling the border; and from the quay on the western side of the German river shore. The main panoramic photo above, showing the Swiss and German river joined by the bridge, was taken from a small metal jetty to the west of the bridge on the German side. 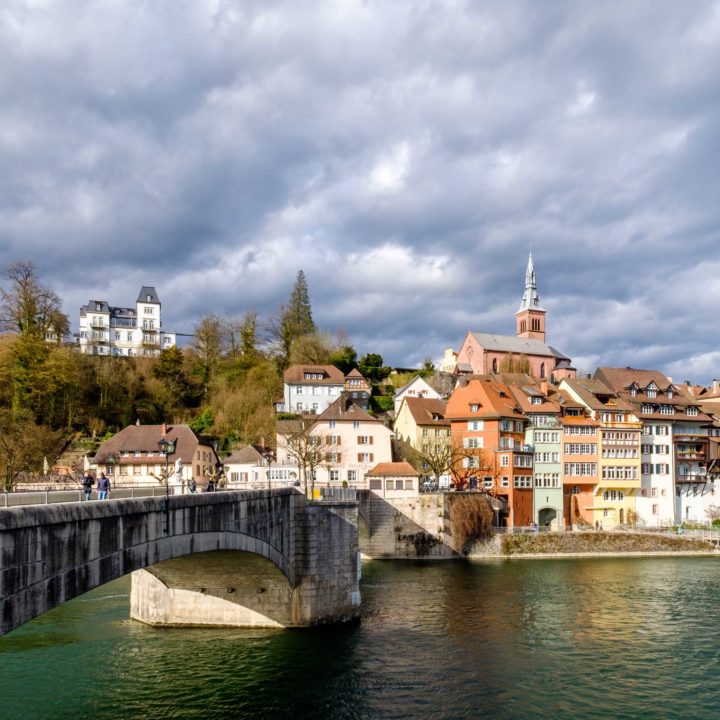 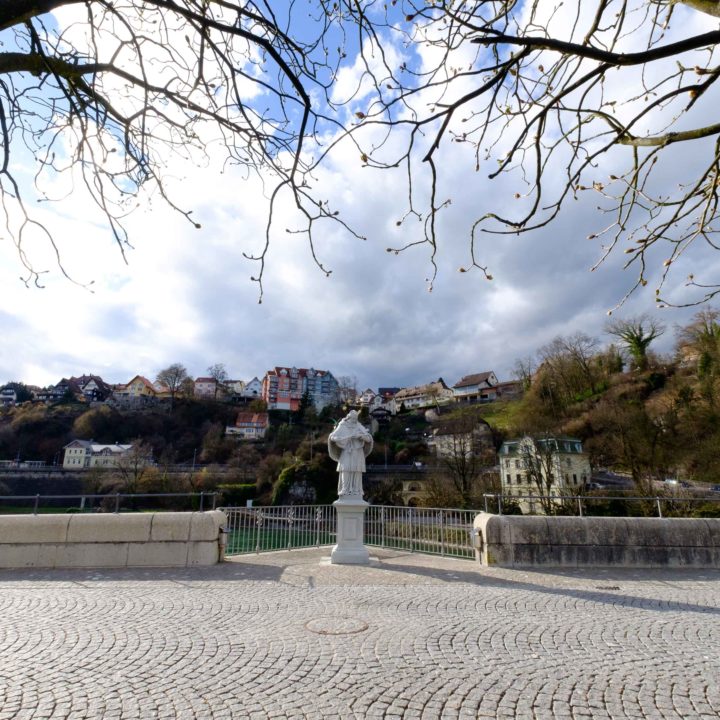