All posts, Travel
From the series The British Coast

I love beaches. The ones in Scotland are terrific when the weather is right: not for sunbathing but for experiencing the elements. There isn’t much light in the north of Scotland in winter, but when the light gets through the clouds, it can do wonderful things: especially on the coast.

We took advantage of a break in the drab Christmas weather to head north on the A9 towards Wick: the part of Scotland in which you really feel a long way from the rest of the British Isles. We headed for Brora, where the large beach is well-known for fossil finds, and where the sea crashes against the side of a long golf links. On arrival,  the sea was churned up into a froth, with large waves and a wonderfully repetitive soundtrack: the sound of the ebbing water pulling millions of rounded Jurassic sandstone pebbles over each other in an endless clatter. 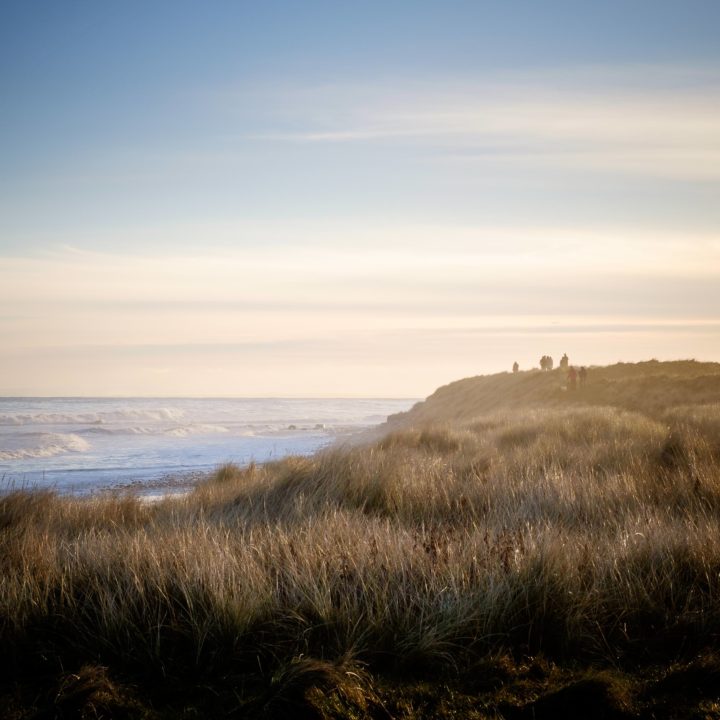 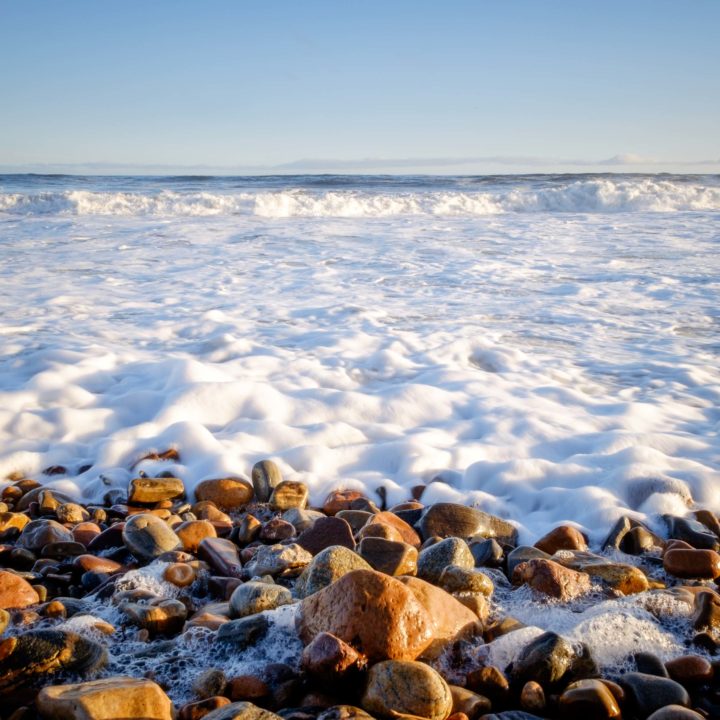