Hiking routes in Switzerland are classified according to their level of difficulty. Those with red-and-white markers are hiking paths, which walkers with sturdy shoes and a sense of direction can usually follow with ease. The paths are maintained and well-signposted.

Blue-and-white markers indicate alpine routes. Warning posts at the start of these routes advise hikers that the paths may be dangerous, with sections of scrambling or climbing involved and potential glacial crossings. They recommend that you use mountaineering equipment on these sections, and that only experienced alpinists use them. 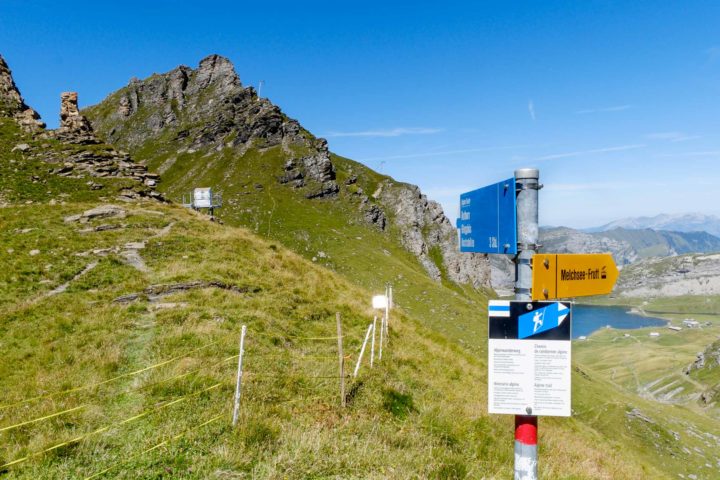 The warnings are imperative, as it’s easy to forget your surroundings when you’re hiking in the Alps. You’re following a route which families use, which may be steep and testing at times, but which are generally “safe” under clear conditions. But step off the red-and-white routes and you’re immediately in another experience: where the path is much less used and where you are quite often alone on the path.

Neither Jo nor I are keen on high alpine routes, where there may be a need to climb. The effort involved takes the fun out of the hike, and we’re not experienced enough to take on remote and dangerous routes. This weekend, though, we wanted to gauge an alpine route, to see how challenging it would be.

Agreeing when we started off that we wouldn’t push ourselves past the point of safety, we hiked up the increasingly steep route from beside the lake at Melchsee-Frutt towards Balmeregg. Reaching the ridge at which the route splits to the Balmeregghorn and towards Hasliberg, we took the alpine route leading towards Hochstollen, some three hours away. 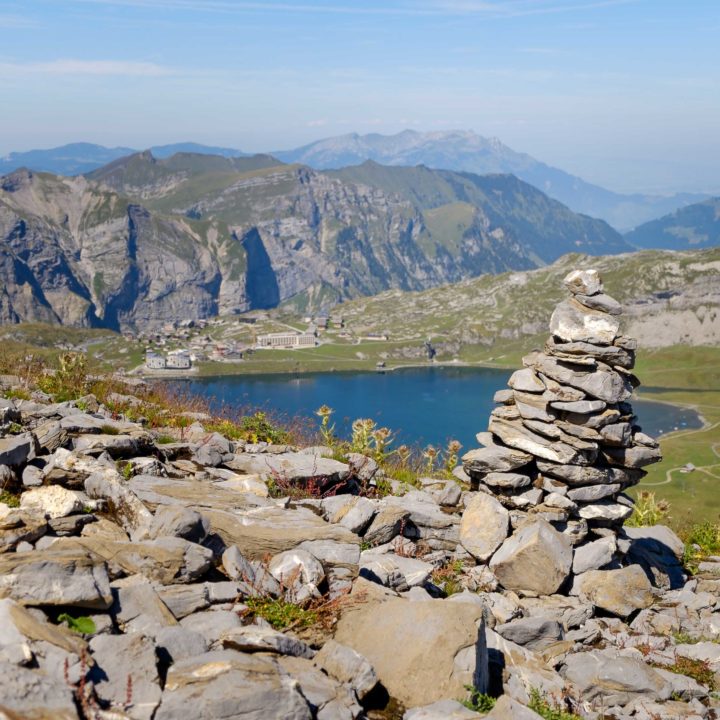 We enjoyed the next twenty minutes, as the smaller and less well used path reminded us of hiking in Britain. Reaching a saddle between the Talistock and Rothorn, the route turned very steep indeed and so our progress slowed considerably.

As we got higher, the path got steeper and more rocky. The extra effort at this altitude started to take its toll and although the route was safe enough, the combination of exertion and height above the valley floor began making us feel the beginnings of vertigo. I’ve never experienced vertigo before and I immediately started to feel that my steps were less sure than before. We decided that enough was enough and so we took a break to enjoy the tremendous views to the valley floor and to Lucerne and Titlis in the far distance. After taking some photos we returned to the grassy saddle next to the Talistock for a picnic lunch. 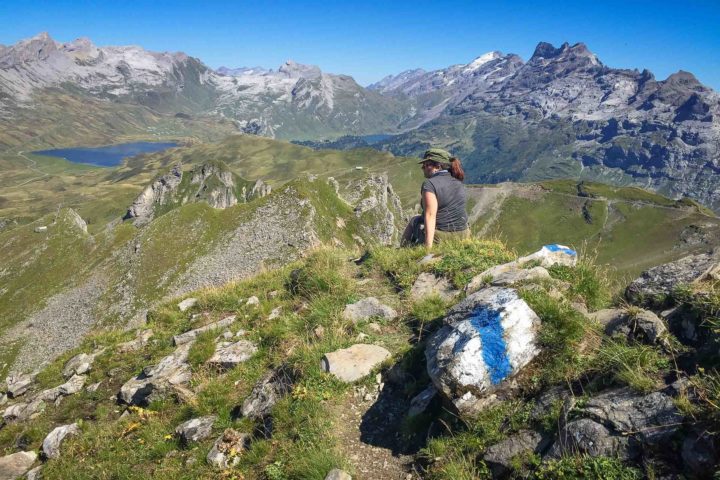 From here, we turned back the way we came and decided, because of the heat and because of slightly achey legs, that we would take the gentle route back from Balmeregg to the valley floor via Ärzegg and Distelboden. It was a great and photogenic walk, although it would be more enjoyable when the weather is less hot. A litre and a half of iced tea and delicious “Fitnessteller” (pork steak and mixed salad) at the Hotel Posthuis when we returned to the village rounded off our visit wonderfully, before we returned to the car for the drive home.