There are so many places to see in Switzerland, that when choosing a place to visit on a day off, it can be difficult to decide which to head for. The cost of some destinations precludes a regular visit: the Schilthorn, for example, which is one of my favourite – but pretty expensive – tourist destinations in the region.

Other goals are attainable only when the weather is just right: not too hot, not too cold, not too wet and not too dry. These days, my fitness and energy levels are a strong consideration too. Some destinations require quite a bit of physical effort to reach, like the Lobhornhütte or the laborious pedestrian route to the summit of the Niederhorn.

Last weekend was a hiking weekend and we’d planned an easier route on Saturday, due to suboptimal weather, and a more challenging route on Sunday, when the weather was to be fine. But a spontaneous, last-minute decision to change plans on Saturday took us to Harder Kulm by funicular and onward, on foot along a forested ridge, to Roteflue. The idea being that after an initial ascent, the going would be easy, with nice views down to Lake Brienz, to Habkern, and across to the karst landscape on Sibe Hängste.

After taking the funicular up from Interlaken amongst a couple of large groups of Asian tourists, we left the melée behind at the restaurant and were immediately alone in the forest, climbing a steep path across endless exposed tree roots. As the benches became fewer, we realized that the gentle walk we’d planned wasn’t to be: the vertical ascent to Roteflue is around 425 metres over around 1 ½ kilometres, and more of a challenge than expected due to the warm, humid air.

We were lucky that the forecast rain held off for much of the walk. Although we like walking in the rain – provided that we’re wearing good waterproof jackets – the narrow and uneven path would’ve been a challenge when it was more than damp under foot.

By the time we reached Roteflue, we’d decided that the route was becoming muddy enough even without the rain, so we stopped for our picnic lunch next to some cliffs. We enjoyed seeing and hearing a peregrine falcon attending its young some distance away, cursing ourselves for not having binoculars with us, before heading back the way we’d come.

As we headed back to the funicular, the promised rain arrived and made the downhill walk somewhat more slippery than the ascent. We were glad of a short break on one of the more sheltered benches on the route, where we were passed by a group of half a dozen middle-eastern men in leather jackets and mud-caked trainers.

Calling loudly to each other, they headed off into the forest along a secondary path, before returning a few minutes later to ask how far it is “to the top of the mountain”. Some of the group had plainly had enough of their damp alpine experience, having walked some 10 minutes in the rain from the restaurant. But they all lightened up with laughter when we told them that the peak was quite some way from where they were, and that the view would be obscured by cloud.

They seemed largely relieved that there was no more uphill walking, and headed back down to the funicular with alacrity, whilst we followed more slowly, our legs satisfyingly achey and our legs satisfyingly muddy. As a fellow funicular passenger commented when seeing the state of my trousers: “at least it’s worthwhile washing them now”. 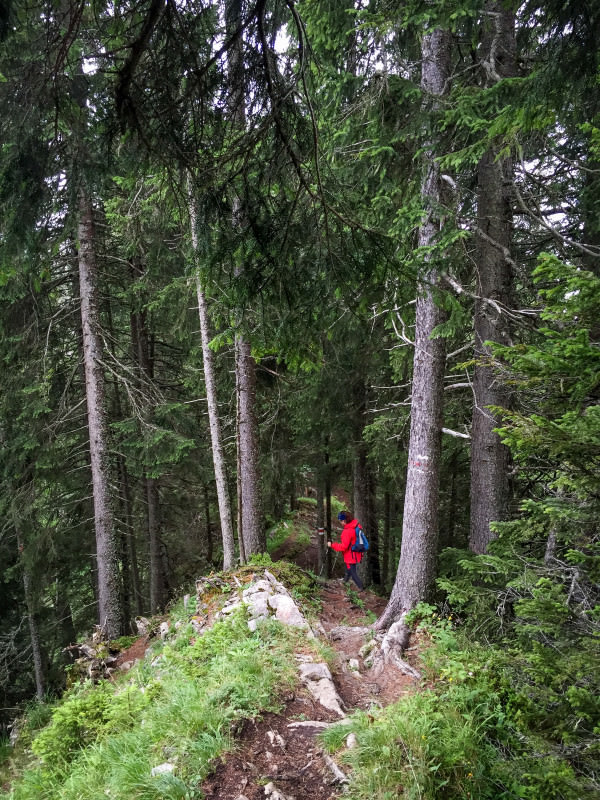 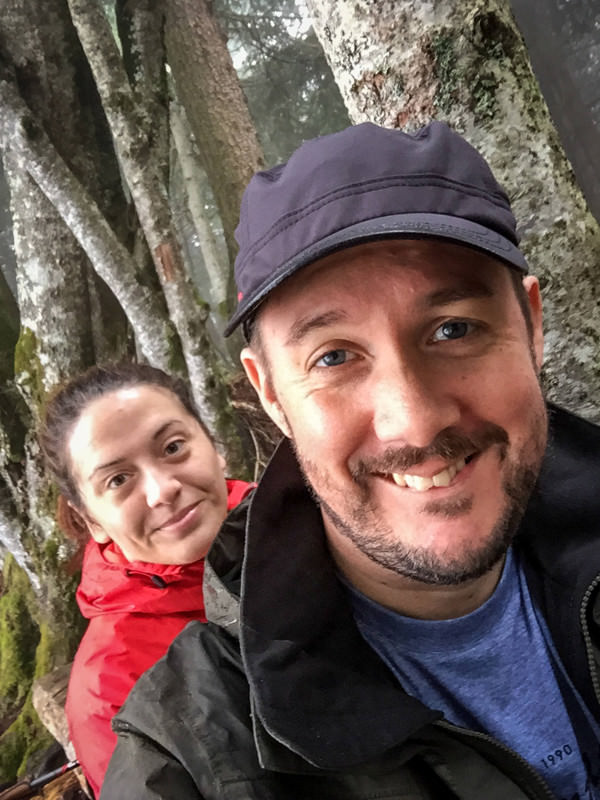