After documenting some of the Swiss ski pistes three years ago with their Street View technology, Google have collaborated with the Swiss railway company Rhaetian Railway (Rhätische Bahn) in the south east of the country to do the same for one of the most famous scenic railways in the world. Web viewers can now navigate the line and see such iconic sections as the Landwasser Viaduct in their familiar interactive environment, which have been added to Google as part of the railway company’s 125th anniversary. The press release (in German) is on the RHB website. 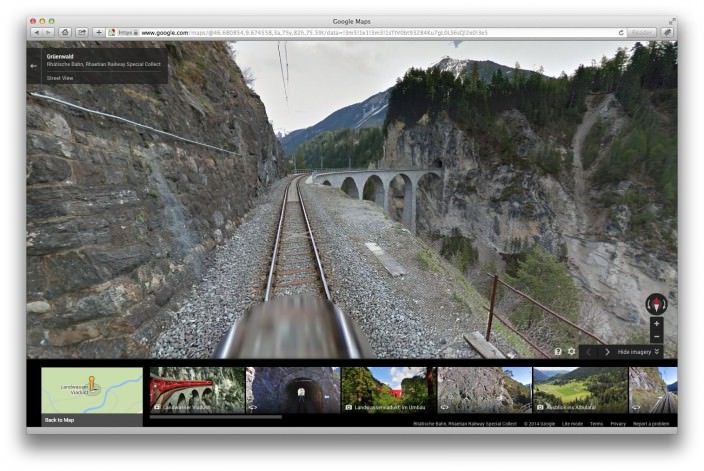