I’ve been looking at the tooth-like promontory in the distance quite regularly, ever since we moved to Faulensee. It’s a very distinct peak on the eastern side of the Schynige Platte and one which begs to be explored. 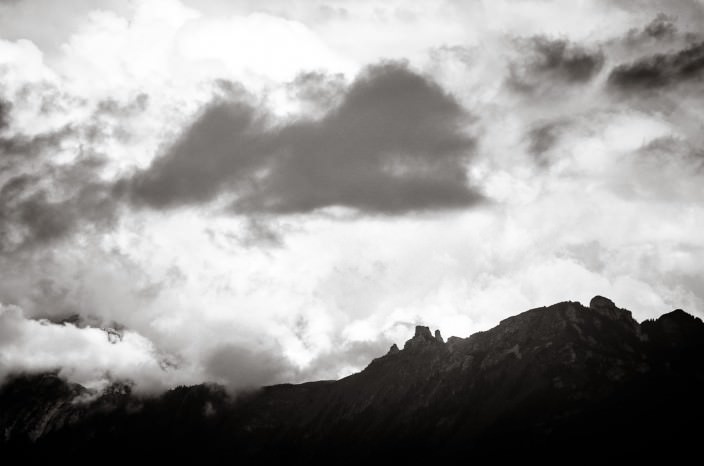 A ride on the historic, electric cog railway – celebrating its centenary this year – and we set off from the mountain-top hotel and restaurant this Sunday, where views across the Jungfrau Region are spectacular in good weather. The main peaks, forming the most famous view in the region, were swathed in cloud but it didn’t matter: I had my destination (and my photo, the one leading this post) in mind. Despite a few light showers, we were also blessed with sunshine and warmth on our hike up to the Tuba lookout point and along the ridge with spectacular views down to Interlaken and the lakes of Thun and Brienz on one side, and the promise of a great view to Grindelwald on less cloudy days. 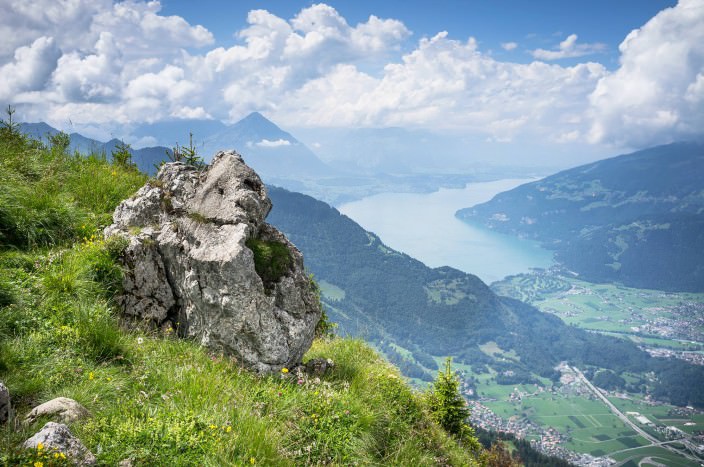 The website says that the route – which takes between and hour and an hour and a half – takes one up a slight ascent, but if you choose to go, then be prepared: the path is a clay and rock surface and quickly becomes very slippery when wet, and it’s quite a steep path on the first half of the outbound walk, if you take the western “panorama” route. 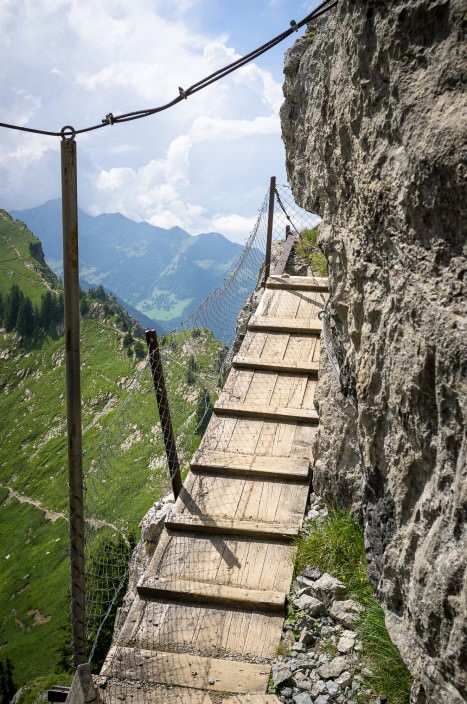 Once we arrived at the base of the Oberberghorn, I decided to ascend the narrow and steep path to the summit, just to know that I’d been up there when I returned home. The last stage of the walk up, a semi-scramble across small scree-like surfaces, took me to the rocky outcrop: seventy metres high and reminiscent of something from Lord of the Rings. The last stage was over a couple of wooden walkways and up a couple of ladders bolted to the cliffs, before reaching the summit with 360° panoramic views.

Approaching black clouds hurried us back away from the peak and back to the station, with the satisfaction of a good walk behind us and a memory card of memories.