The sandy coastline at East Riding in Yorkshire, on the east coast of northern England, has the unfortunate designation of being the most heavily eroding piece of coastline in Europe. That meant that when I found Neil White’s photos shortly before an upcoming visit to Yorkshire, I knew that I had to plan in a trip to see it. And what a sight.

The cliffs are pretty low – maybe 10 metres high in most places – but the fact that the sea is gobbling up the coastline at a rate of 1½ metres per year means that what remains of the cliffs is almost visibly sliding down to the beach. The strong winds blowing along the coast whilst I was there weren’t too reassuring, either, and I had the impression that I could feel the ground moving under me as I took my photos.

The most astounding feature of this part of the coastline, though, overshadows the erosion itself: numerous mobile homes parked within metres of the cliff edge, hanging on until the last possible moment before vacating their plots for one last time. The fact that a business remains selling plots of land, also within metres of the cliff edge, for several thousand pounds a go, is quite unfathomable. It’s haunting to think of the villages which used to be here, now long-since eaten up by the relentless North Sea.

It’s very much worth clicking through to the Google Maps view linked from this article, by the way, as the road in the centre of the linked map, photographed by satellite just a couple of years ago, is the one now collapsing onto the beach. 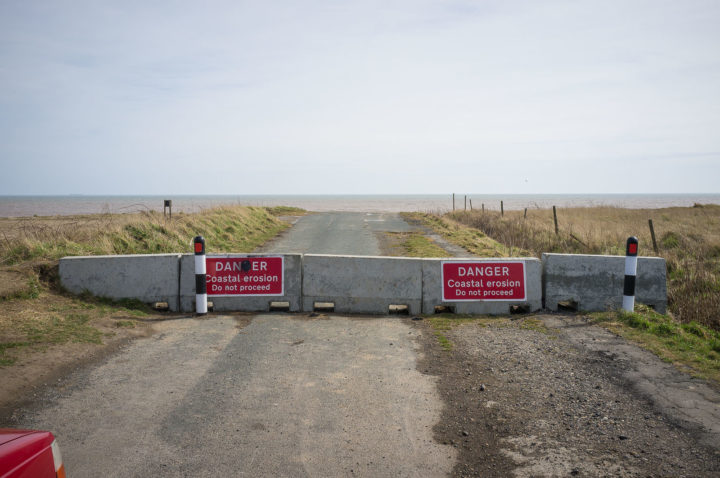 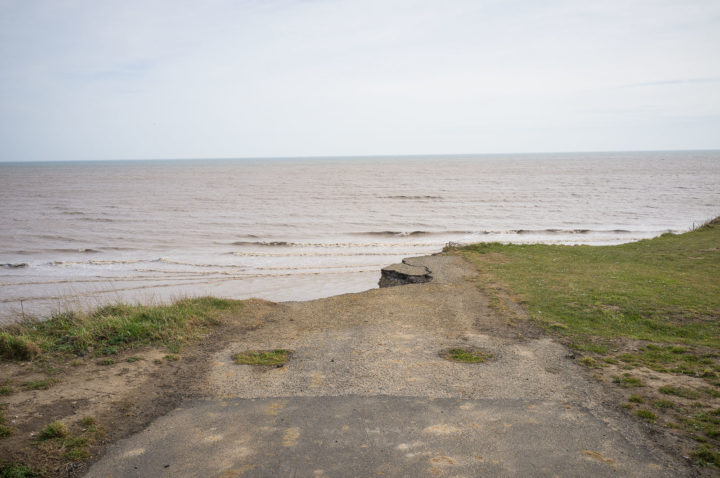 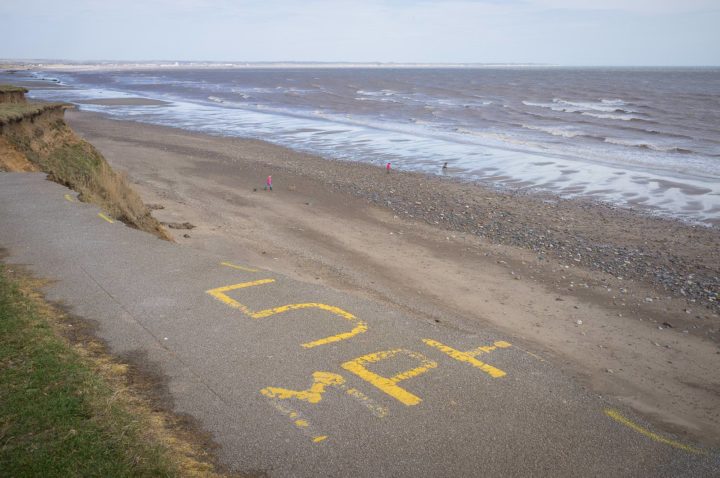 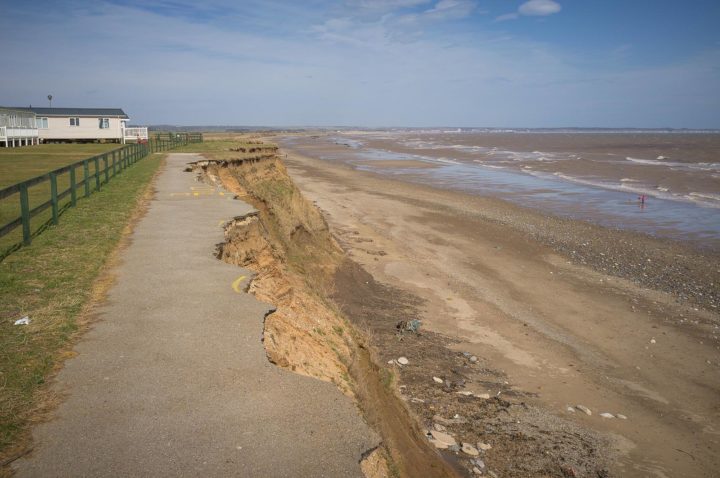 1 reply on “The coastal erosion of East Riding”

I agree – it was really scary in that very strong wind with such crumbling, sandy cliffs not showing signs of any support and having long, jagged slashes carved into the sand ready for even more cliff to make the downward trip