Well, it’s not much of a secret restaurant for locals, as the car park is often busy and it’s right next to one of the local, small ski areas on the rolling hill slopes above Spiez in winter. However, it’s probably less well-known to visitors from outside the region.

The Chemihütte is at Aeschiried and provides a good selection of nothing but the most traditional Swiss fare, in an old-fashioned timber building which we foreigners just love. Walking in through the front door to push aside heavy velvet draught-excluding curtains, you’re swamped by the smell of grilled cheese from the raclette and Rösti dinners (even in summer) and warmed instantly in winter by a log fire burning on a reassuringly open, health-and-safety ignorant hearth. The view is terrific too, and it’s unlikely that you won’t get to enjoy it as tables in the main dining room are ranged entirely along the semi-circular wall with a panoramic view of the whole of Lake Thun. 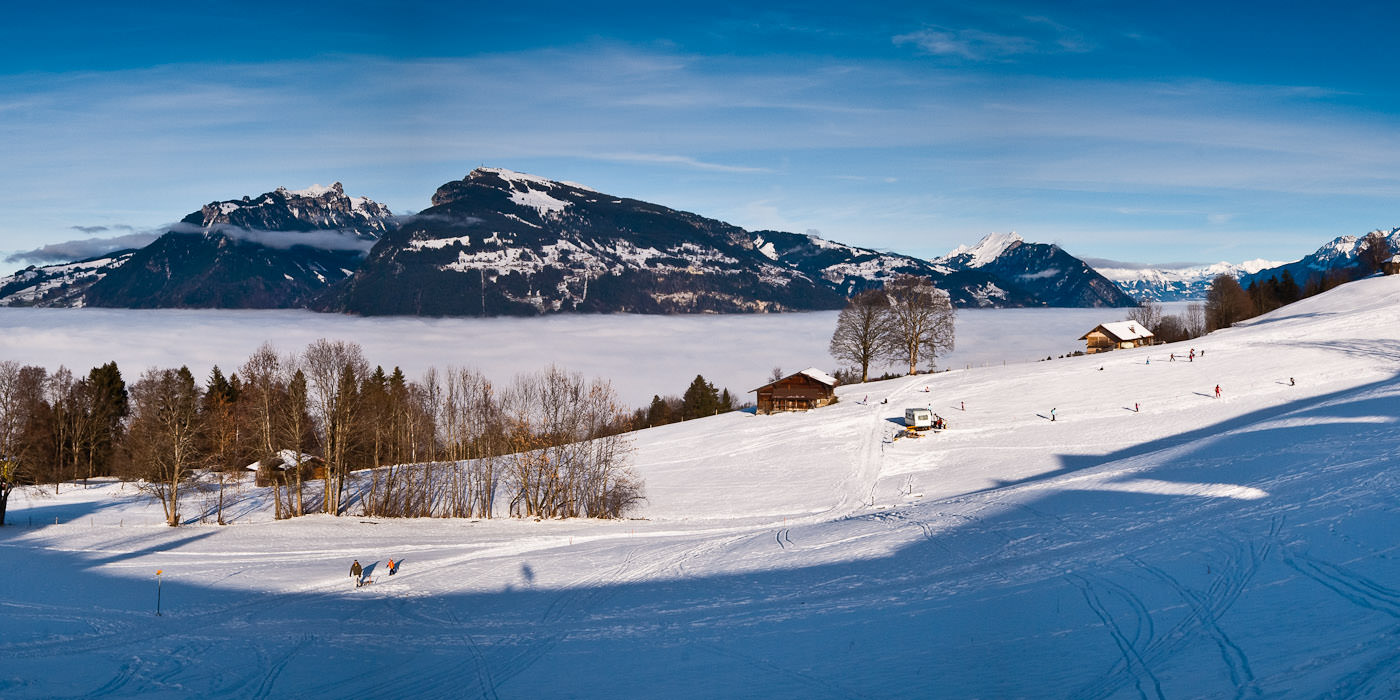 2 responses to “The Secret Restaurant”