Looking on the map at the area on the eastern shores of Switzerland’s Lake Lugano, you’ll come across a small anomaly: the municipality of Campione d’Italia. The municipality, which is entirely surrounded by Switzerland’s territory, is tiny: little more than a village, a winding road clambering its way up a vertiginous cliff, and a section of lake front. Such an unusual piece of country deserves a visit and so it was this past weekend, when we spent a short, spring-like weekend in the southern Swiss canton of Ticino.

Once we’d checked in on Saturday night, our first bit of sightseeing was from our hotel along the lake shore, to photograph the beautiful landscape and twinkly villages at “blue hour”: that time after the sun sets but before it gets truly dark.

Once I’d catured the mirrored reflections of villages such as Morcote (pictured above), we headed for Campione d’Italia and I spent the 20 minute drive trying to work out how the municipality gained its name: Champion of Italy. On arrival, we did a double-take at the impressive entrance (sadly bypassed on either side by a regular road) before heading into narrow roads along a now familiar style: narrow, lined with high gates to private houses, higher walls, and the ubiquitous parking spaces for cards and scooters.

Suddenly, on rounding a corner, we were presented with the weirdest view I have ever seen “in Switzerland”. (Apologies for the photo, but this was the best view I could find as we were on our way to dinner.) Amidst the familiar stone-built houses and narrow alleyways squats a monstrously large building, illuminated with floodlights and adorned with a huge, electronic scrolling message board. The Casino di Campione.

Although this photo shows how incongruous the building is amongst its tiny neighbours, the true size of it can only really be appreciated by either seeing it in person or by reading some statistics: from a classical casino, as one would expect to see in films from the early- to mid- 20th century, the original complex was built in 1933 and extended in 2008 to the edifice we see today: the biggest casino in Europe. According to my own estimation, the building is around 800 yards across as it looks out onto the lake, is twelve stories high – excluding what looked to be a considerably large underground car park – and is visible from the far end of the lake, some ten miles away to the south west. 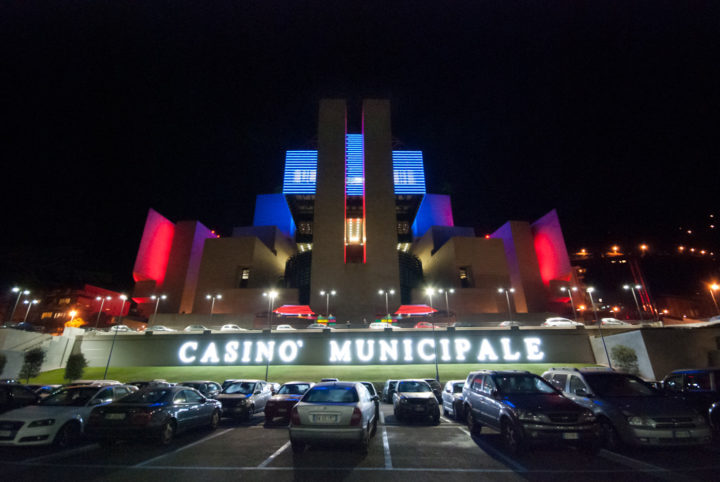 However, aside from the megalith plonked in the middle of the village, a life in Campione d’Italia must be highly agreeable: the casino itself is owned by the Italian government and returns sufficient profit to the municipality that residents pay no income tax. Add the sub-mediterranean climate, the fact that the place is only an hour’s drive from Milan, that residency is determined according to Italian conditions and not the much more restrictive ones of Switzerland, and the eternally beautiful location amidst the Swiss-Italian lakes, and you’ve found yourself a very lovely place to set up home.

However, all this comes at a price: the municipality is the most expensive tax haven in the world, with real estate prices alleged to be almost as high as those in Tokyo. I’m happy that it doesn’t preclude us from visiting again, though, albeit for a much more affordable day trip… 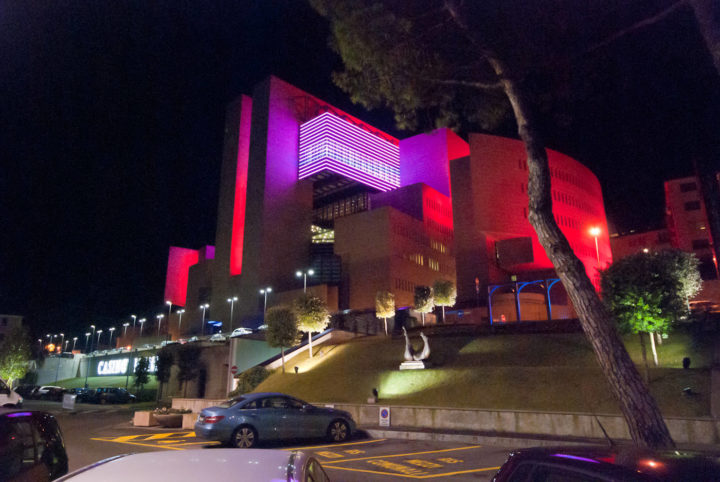