A new tool for an old job

I decided over Christmas that 2011 would be the year that I would finally do something about getting the results I’m looking for in my street photography and candid, social event photography: in short, I would buy a new camera to work in alternation with my D80, which continues to serve me well. This is the first of two a series of blog posts which go into detail about my reasoning and how I settle on the camera I’ll buy.

My creative goal is to achieve photos which give me the sense of pleasure I feel when I look at old black and white photos from my archives. The considered moments, the beautiful depths of field, the slight softness to the image tones and the wonderful sharpness which are all present in my early photographs. I’ve been particularly reminded of these pictures over the past few years by my own hands-on experience with a Leica M8 and Bessa R2 at the end of 2007, when Nick Yoon gave the the opportunity to try both out for a short time.

So, stepping back to the early days when my serious photography began. When I was a teenager, I paid little heed to those older than me who urged me to take prime care of my negatives. Many of the shots are now damaged as a result of my laxness; scanning negatives today is slightly disappointing as when the image is irreplaceable, such is the case where my subject was a friend or family member, the image is dotted with unremovable dust and chemical markings, or scratches which shine white through the scanned image. 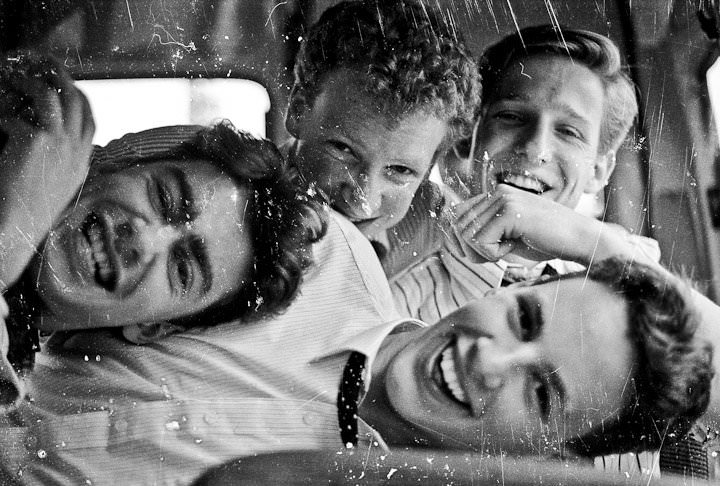 Back in the 1980s and 1990s, I learned how to develop film and how to make photographic prints. I learned the value of dodging and burning, and how to precisely control tone and exposure through meticulous attention to detail. Later, I learned how to make colour prints using an expensive home darkroom set up in an old, converted caravan which a local professional – a mentor of sorts – had parked alongside his house. Sadly, though, darkroom work was never to become one of the aspects of photography at which I excelled and it was this aspect which became the weakest link in my photography.

Printing never brought out the best in my images, despite rattling through boxes of printing paper at nearly £1 per sheet, whilst developing my own films always led to shoddy grain and excessive or insufficient contrast. When I look back on my archive of images, many of them are sub-standard not because of the photographs themselves, but because of the poor development process. In comparison, negatives developed professionally, such as the medium format slide films I exposed in the 1990s, shine: they show what could’ve been, had I paid more attention to film stock and professional development, instead of using cheaper methods to gain more photographs. Scanning older 35mm negatives from my archive which had survived better, such as the one below, have shown me what is possible when well-developed negatives remain in good condition, and provide me with ever more inspiration to find a way to achieve this kind of result once more.

My goal for 2011 is to get back to the quality which could once have been. Thanks to an almost disastrous photographic result when Sarah married in 2004, followed by technically poor (although visually memorable) photos from my trip to see Jo for the first time in October of that year, I switched to digital cameras in order to “guarantee” better photos; seeing the images instantly to ensure that they were correctly exposed was my first step on the way to improving my photography.

Since then, when I began using the D70 which preceded my current D80, my photography and “hit rate” of successful images has improved no end. I’ve learned so much over the past five and a half years, from how to use and trust automatic metering, how to expose correctly in tricky lighting situations and looking after equipment much more carefully, to achieving the best results by the use of specifically rated ISO settings and by careful post-processing work. The lessons I learned in the darkroom have stood me in great stead; transferrable knowledge which I use every day to edit and post-process even digital images in Photoshop.

I am, in short, a much better photographer (in terms of technology) than I was six years ago. This contributes towards the decision of which camera to buy next. The concluding part of this article will be added to the website soon; to receive an update when it does, either subscribe to my RSS feed or add the Permanent Tourist page as a favourite at Facebook.

One response to “A new tool for an old job”