Well into our day on the road at the beginning of July, when we were mid-way through our holiday road trip to Scotland and back, we wound our way along the single track roads heading north from Lochinver towards our destination for the day. Around six hours after leaving Alness, and over four hours on such roads, the going was getting a little tiring. However, the views we’d seen along the way (and the photographs I’d taken) well made up for it, and dinner was in sight. The journey along the west cost had been blue and clear, with lovely sunshine, but as we started to head back inland, the clouds began being blown in by the strong wind and the spots of sunlight became more patchy. Not that this made the trip any worse; if anything, it made it more dramatic and remote.

A great example of the kind of roads we’d been travelling on can be seen in the Google Street View of this stretch of coastline: yes, believe it or not, the Street View car has made it this far out! (Click on the image to view the interactive version.) The name of the sea inlet in the photo, “Loch a’ Chàirn Bhàin“, means “white cairn loch” in Gaelic. 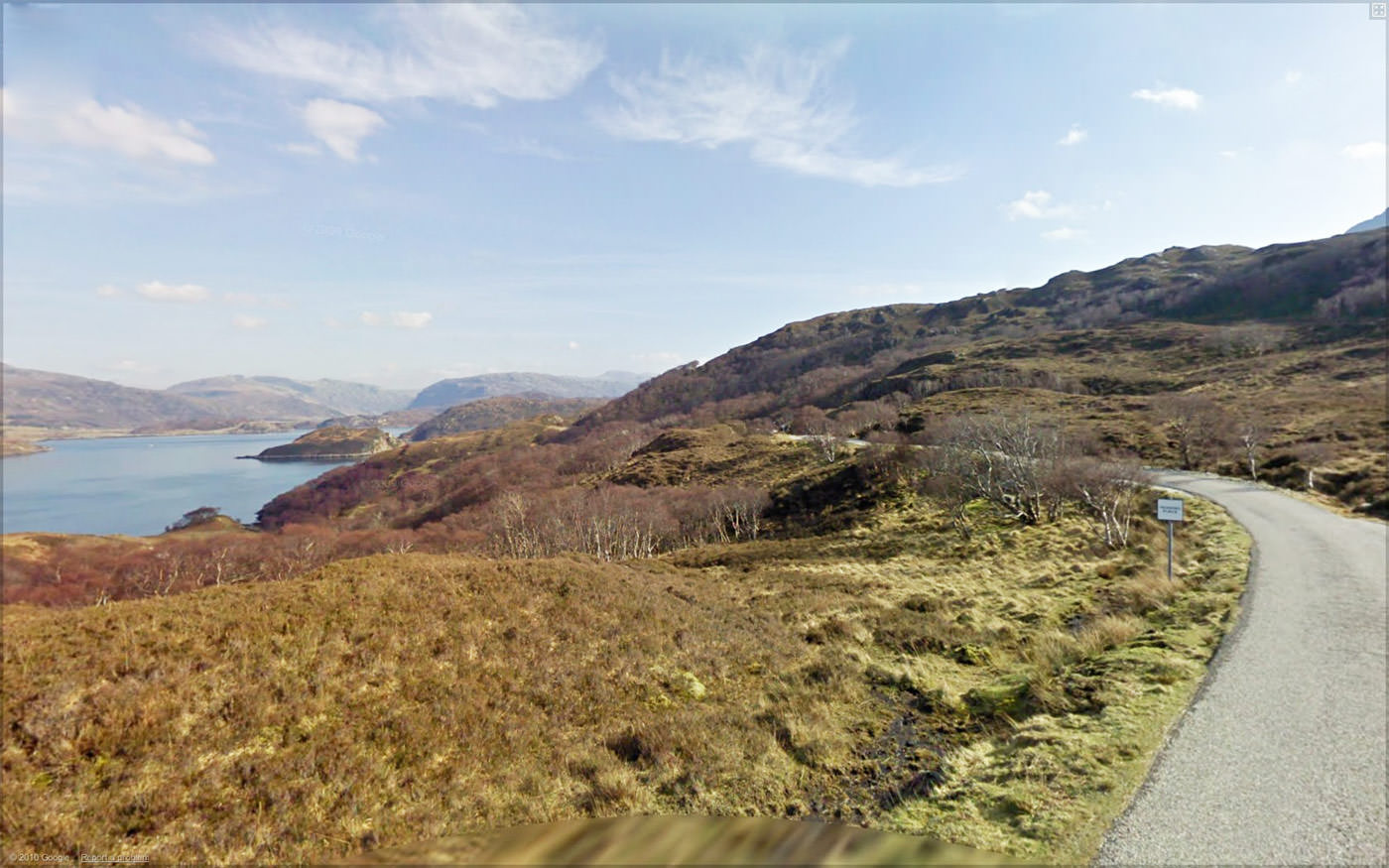