We’d never been to Solothurn before, but had heard good things about the old city. So we spent the afternoon there today, photographing the Christmassy lights, enjoying coffee and cake, and sheltering from the cold and snow in the two large churches. The pictures in this article are from the first of the two churches we visited: the ornate Jesuit church built in the late 17th century in the baroque style. Alongside large-scale carved niches and archways, the massive paintings by (amongst others) local artists Johann Kaspar Sing, Christoph Brack und Johann Andreas Wolff made the interior almost like a British stately home.

The over-sized “Ambassador” crib scene was really something to behold: wax bodies formed around wooden skeletons made the figures quite lifelike and the area around one of the altars in the church was filled with them. Figures from the collection, made by nuns from the Solothurn convent in the 18th century, can be sponsored in order to ensure their continued survival. 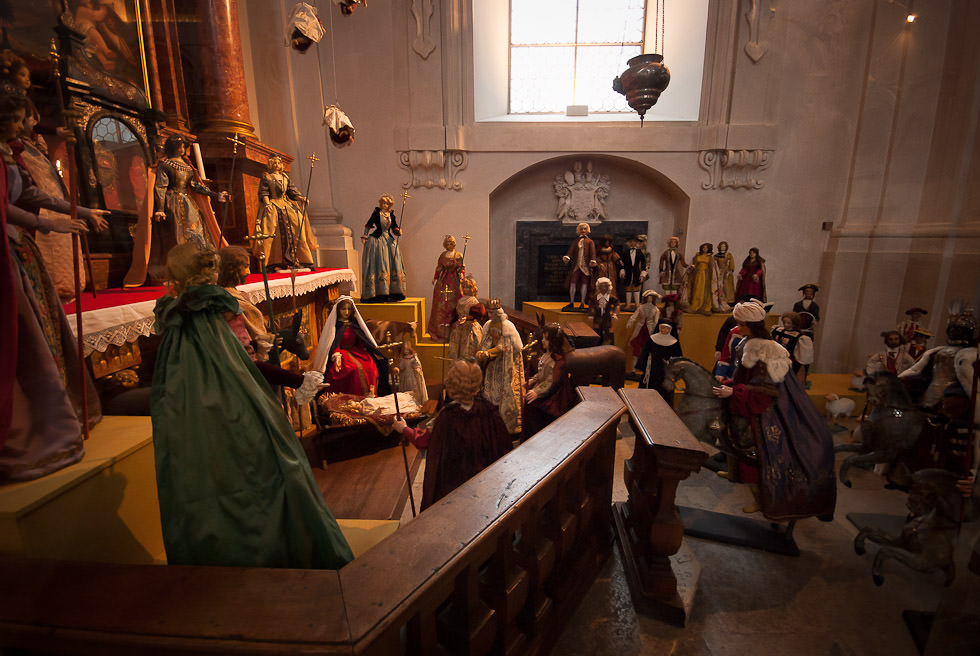