I hadn’t intended on following up my previous post about the old Toblerone factory with another chocolate-related photo, but the sunset was casting some quite lovely pink light on the Cailler factory in Broc a couple of weeks ago as we were driving past.

This factory, nestling next to the winding alternative route home from lake Geneva, was opened in 1898 and is officially Switzerland’s oldest chocolate factory. Company founder François-Louis Cailler discovered an unusual mixture of ground cocoa beans and sugar on a trip to Italy in 1819, which was the precursor to the whole history of Swiss chocolate.

Originally based in Vevey on Lake Geneva – where the worldwide head office of modern parent company Nestlé is still a main employer – the chocolate production process moved to Broc at the end of the 19th century after the discovery of the high quality milk produced by the local cows, a convenient local railway line, and a surfeit of local labour.

It’s no coincidence that production of the world famous Gruyères cheese is produced in the same valley and a visit to the region – combining a free tasting session at the chocolate factory and a visit to the local cheese museum – is one of Switzerland’s most appealing culinary days out. 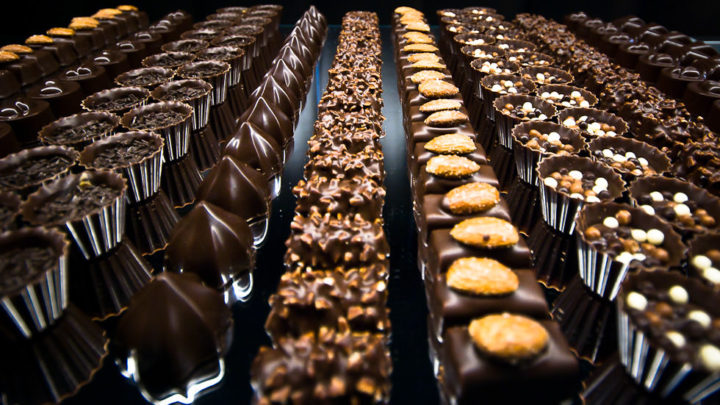