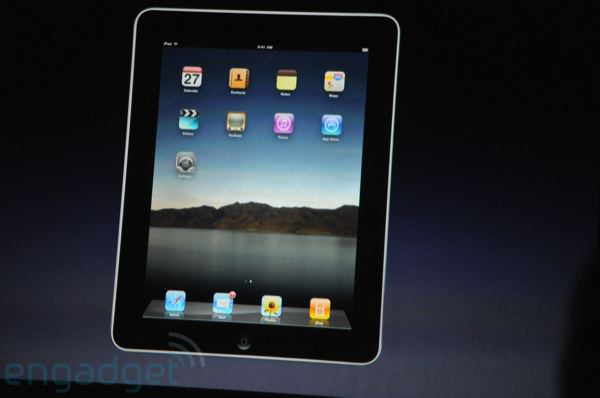 After weeks (if not months) of speculation and imaginative sketches of what it might look like, Apple today announced the launch of their new touchscreen device, the iPad. I’ve been keenly waiting to hear about the device, after the first rumours started circulating and I joined the ranks of iPhone fans. Since buying an iPhone in 2009, I have become a total fan, from using the device when I’m out and about to check emails and take photos, to using it as a video player and watch back episodes of Doctor Who and LOST.

My own favourite image from amongst the flood of sketches and imagination is this one from a while back, well before Apple’s announcement, showing the photographically beautiful National Geographic in a digital version on what amounts to an over-sized iPhone. (Update during the product launch: the actual iPad is in fact very close to this imagined design.)

The new device, which will doubtless take a while to become available internationally due to demand and a flood of people wanting to be first in line, is definitely on my wish list. Albeit, as an alternative to a laptop whilst travelling, which I generally only use these days as a hard drive on which to store photos while abroad and as a larger screen on which to watch those recorded tv shows whilst travelling. I use my laptop as my everyday computer at home, hooked up to a monitor, keyboard and mouse, so the potential for the iPad to be the next successor to what I’ll use when on the road, instead of taking my MacBookPro, is quite high. Particularly given the agreeable price (top end model estimated at around Fr. 870 for US purchasers in today’s announcement) and, frankly, the sheer geek coolness of being able to use the next in the line of Apple’s superbly gorgeous, sleek creations.

The most exciting aspect of the touch-screen device for me is, however, the display of photos and being able to read magazines or view images on a “ZUI” (zooming user interface). Whether as a digital magazine format (which rumours dictate have already been discussed between Apple and publishers such as the New York Times and my favourite Vanity Fair), I will certainly do my best to use the new possibilites as an addition to my (as yet sparsely populated) issuu.com account, or by using Apple’s own proprietary iPhoto and Aperture software to create galleries for optimal viewing on this new device. What I think less likely is that the iPad will replace my laptop for writing: the tactile and ergonomic use of a proper keyboard is one of the pleasures of writing for me, almost on a par with using an old fountain pen with black ink on quality writing paper.

Photos from the event 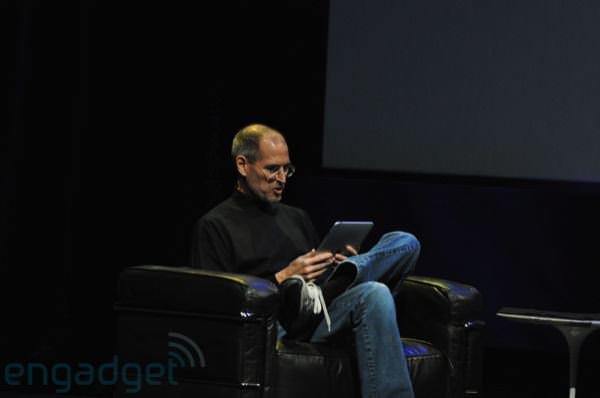 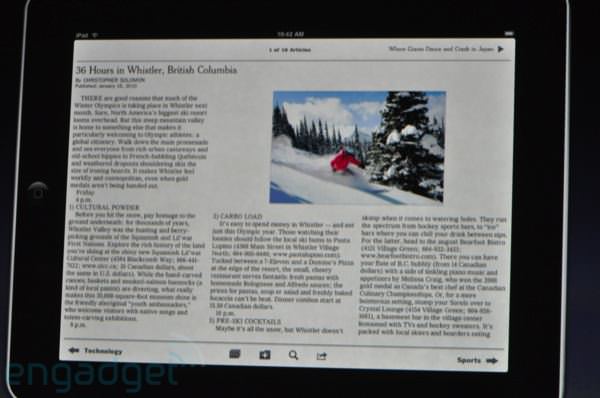 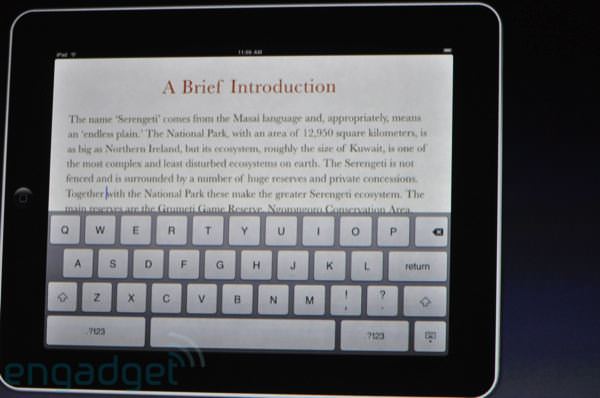 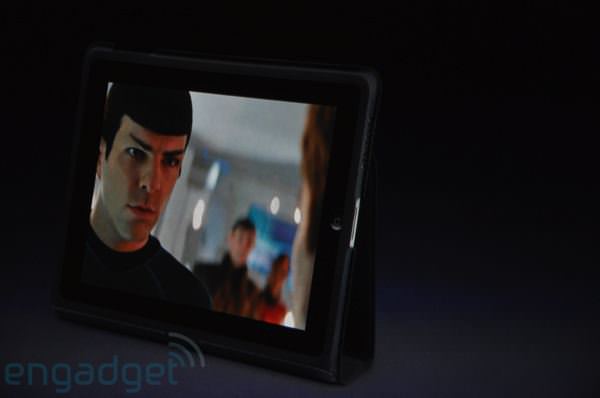 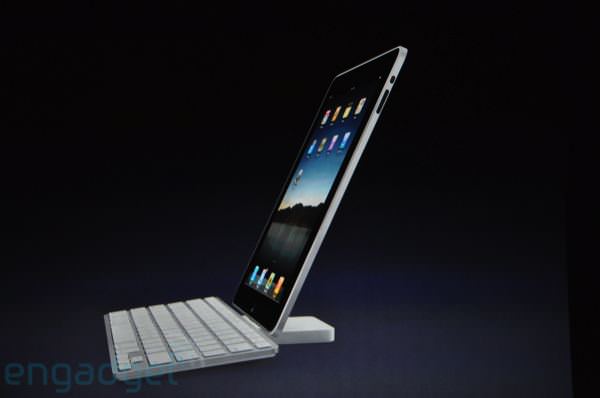 Quote of the decade

“Another former Apple executive who was there at the time said the tablets kept getting shelved at Apple because Mr. Jobs, whose incisive critiques are often memorable, asked, in essence, what they were good for besides surfing the Web in the bathroom.”
(Source)