A new colleague joined our team at the day job this week, so as usual, I was called into service to take portrait shots for our team’s blog and website. I’d read Chase Jarvis’ excellent blog post earlier in the week about using subtle lighting and decided yesterday that I would avoid going for the more dramatic approach I’d used for Remo and Omar.

This time, instead of setting up two or more lights, I tried to create a lighting effect that I’d seen a little while ago in Dustin Diaz’s Flickr stream: a very soft light from above, casting fairly solid shadows but avoiding a theatrical outline in the background. By paying particular heed to the direction and hardness of the light, I wanted to illuminate the photo in such a way that the casual observer wouldn’t even notice that I’d put the light there myself.

To achieve the shots, which were taken in the stairwell of our building in Bern, I first took a couple of test shots and set up my ideas, measuring ambient light to ensure that I didn’t go overboard in suppressing what light was already available. Once I’d done that, I put up a single light on a tall stand, pointing almost vertically down from around 2.5 metres and diffused by a large white umbrella. Once I’d sorted out the lighting, I called Stéphanie into the set up and took my shots, using a fixed aperture (as the flash light was constant) and varying my shutter speed to create a range of effects, from darker through to lighter images. 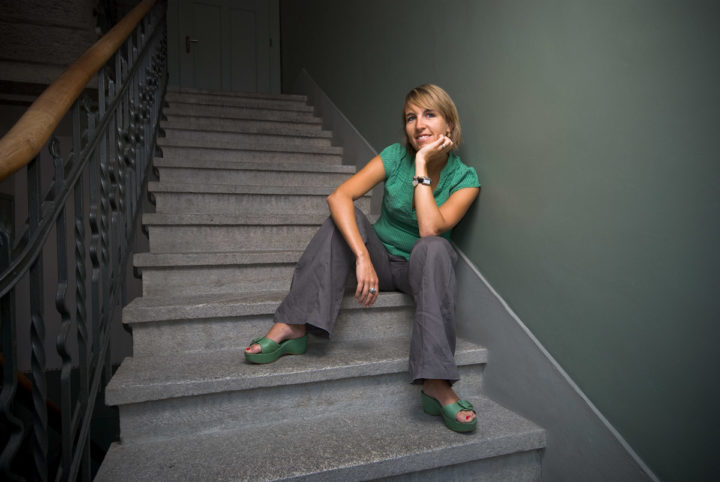 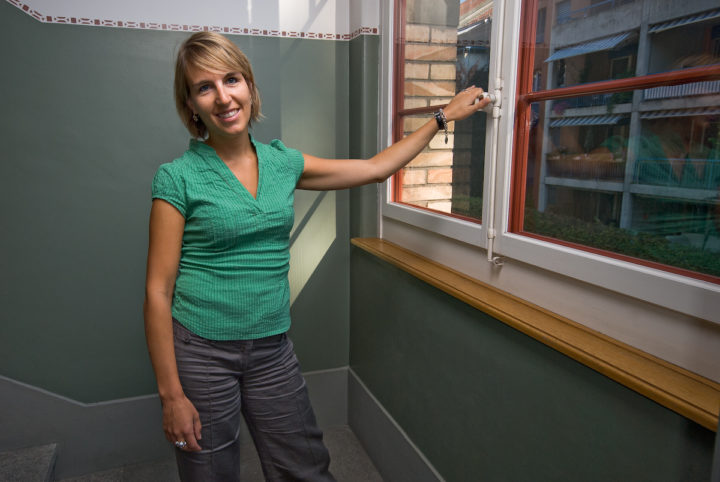 In the first picture above, where Stéphanie is sitting on the steps, you can see if you look closely that most of the light is from the flash: the door at the top of the stairs and the hallway on the lower floor are quite dark, though still distinct. In the second shot, the artifical lighting is a little more obvious, although I made sure that the shaft of sunlight on the wall remained.

Would you like to collaborate with me on a portrait session? Check out this previous blog post to see how you can get free shots.