All posts, Life (and how to live it)

I first learned how to programme computers in 1983, an astoundingly long time ago. Back then, the school computer room (which I think had only recently been set up) contained a small handful of Apple II computers with pictures and books of room-sized machines, with which experts with pipes, sideburns and tweed jackets seemed strangely similar to many of our own teaching staff. During my time there, funds were raised – to the delight of the geeks amongst us – and the school managed to buy a BBC Micro: a model which I vaguely remember appearing with Judith Hann on Tomorrow’s World and on which we had to take turns. It was a truly exciting time, as home computers were only just becoming available to those parents who could afford a Sinclair Spectrum, Acorn Electron or Commodore 64 on which their children were allowed to play games. Having the superior BBC Micro meant that after-school computer club evenings were usually stretched out as long as possible. In later years at school, I and a couple of the extreme geeks even thought so much of the technology that we wanted to start our own businesses selling software: the name Fuzzysoft rings a vague bell, as one of the potential names. (The current company or organisation of the same name has nothing to do with us, sadly.)

I first saw a computer running Microsoft’s Windows software in 1994, when I joined the head office of a national company where managers – and only managers – had desktop computers in their offices. A couple of years later, after I had gained a little more computer experience when I should’ve been sorting mail, my parents took the plunge and bought a computer running Windows 95 on which to do my Dad’s business accounts. I naturally spent the next couple of years staying up until the wee hours of the morning: exploring the internet, chatting with new online acquaintances, learning how to programme HTML and make websites before sleeping for a few short hours and heading to work with big, dark rings under my eyes. Using a computer in this way was how I spent much of my spare time and how I began learning what would prove to become a career.

Ever since I began working with computers, I have wanted to have a personalized environment; from tinkering with the abysmal colour schemes in older versions of Windows software to finding and downloading images from fan and artistic websites to use as “desktop wallpaper“. To this day – on Macintosh computers since 2001 – I usually have a photographic image on display when all other programmes are hidden and with a wealth of my own photographs to choose from, I end up cropping photographs which remind me of happy times or wonderful places.

These days, most desktop computers come with a series of pleasing or relaxing images pre-installed. Photos which are used by people who want to see and use these calming or awe-inspiring images but who don’t have their own to fall back on. That’s why Apple and Microsoft go out of their way to find great photos and to include them in their desktop software, sourcing photos from professional photographers.

For the upcoming release of the newest version of their Windows software, Microsoft are breaking a trend and asking the public not only to tell them which photographs of Switzerland they’d like to see included, but are also to submit suitable photographs. By following the instructions on the competition website at windows7wallpaper.ch, anyone can send in up to three photos for consideration. Once a week, we at Burson-Marsteller in Bern are working with Microsoft to select the seven most likely contenders, which then appear on the website so that the public can vote on them. A competition winner will then be selected from the four images resulting from the weekly rounds of voting; the photographer of which will receive both a copy of the new Windows software and a new touchscreen laptop.

As a jury member and administrator, I cannot take part in the competition, so I have added a few images I would have submitted to this blog post instead. (Though it must be noted, I probably wouldn’t’ve done well, as my photos don’t match the criteria for the images in terms of brightness, detail or overall tone.) (Option removed December 2012.)

Taken in 2008 of the main road leading up to the Grimsel pass. 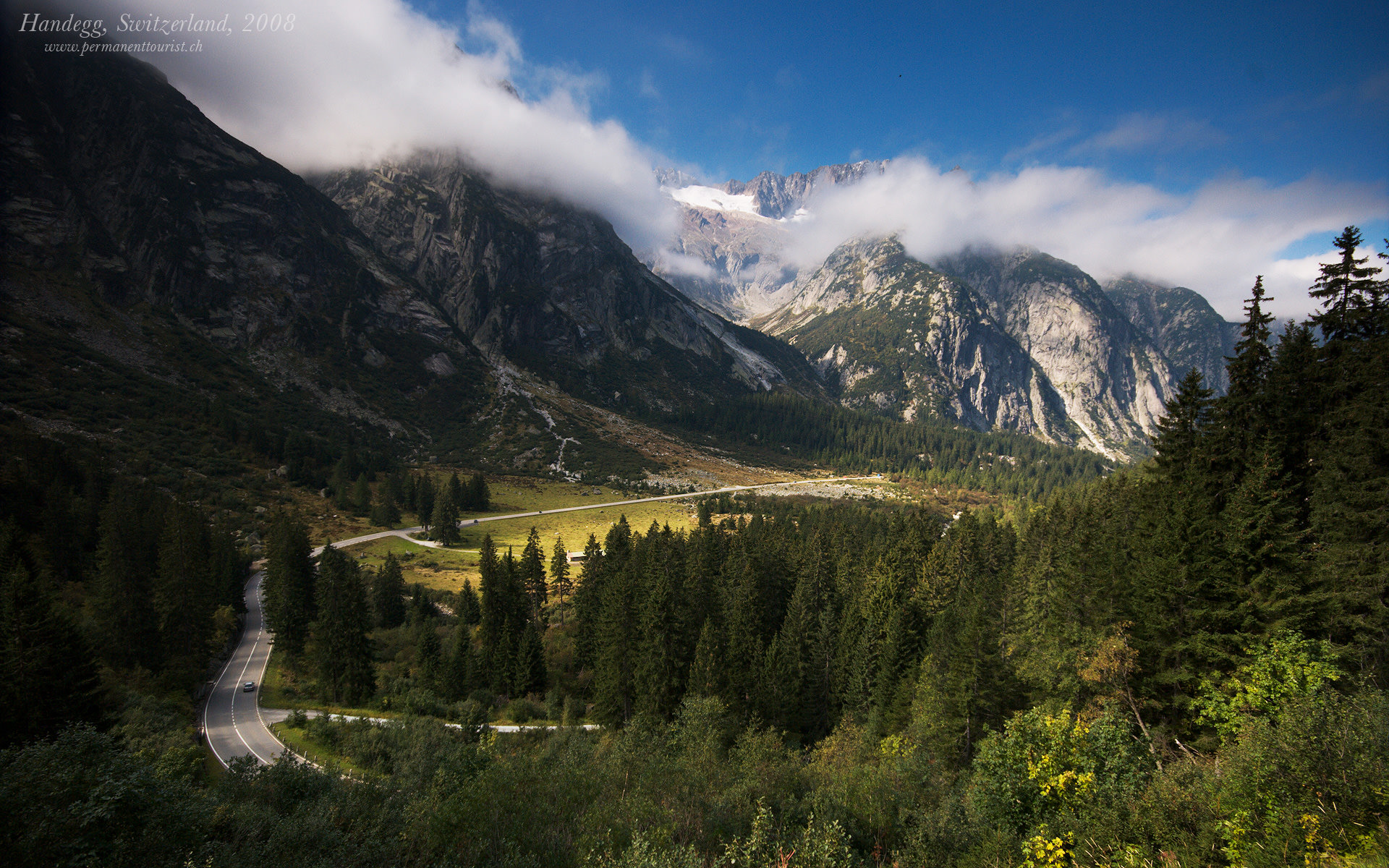 Taken in 2008 of the mountain-top reservoir. The hospice, now a mountain hotel, is on the rocky outcrop in the middle of the picture.

Taken in 2008 of the small park next to the lake in Spiez, which is mainly known to local residents as a place to enjoy sunny summer afternoons. 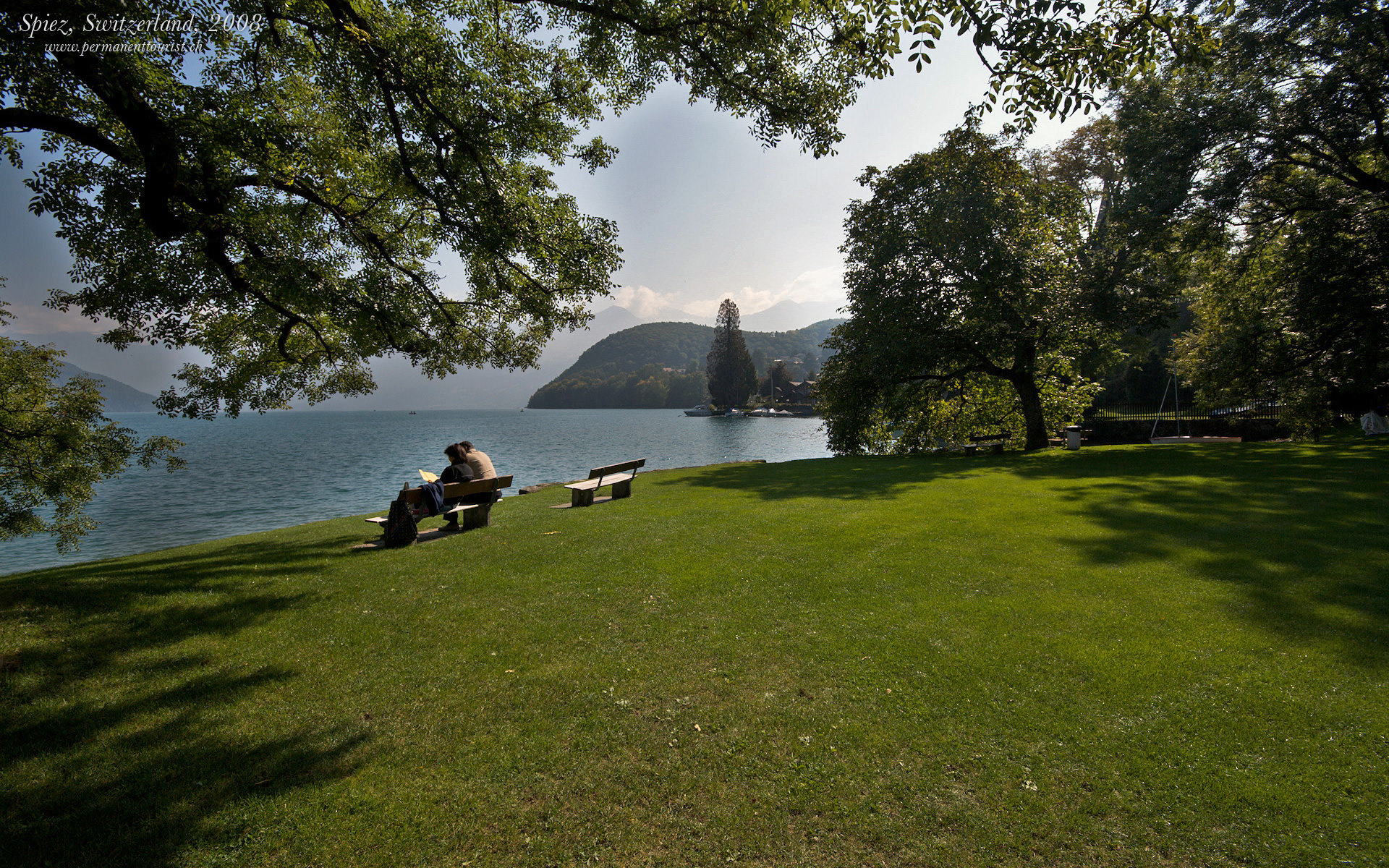 Taken in 2005. “Bucht” means “harbour” in German and the small valley station of the Beatenberg funicular is visible on the edge of lake Thun, where ships arrive from Spiez and Interlaken. 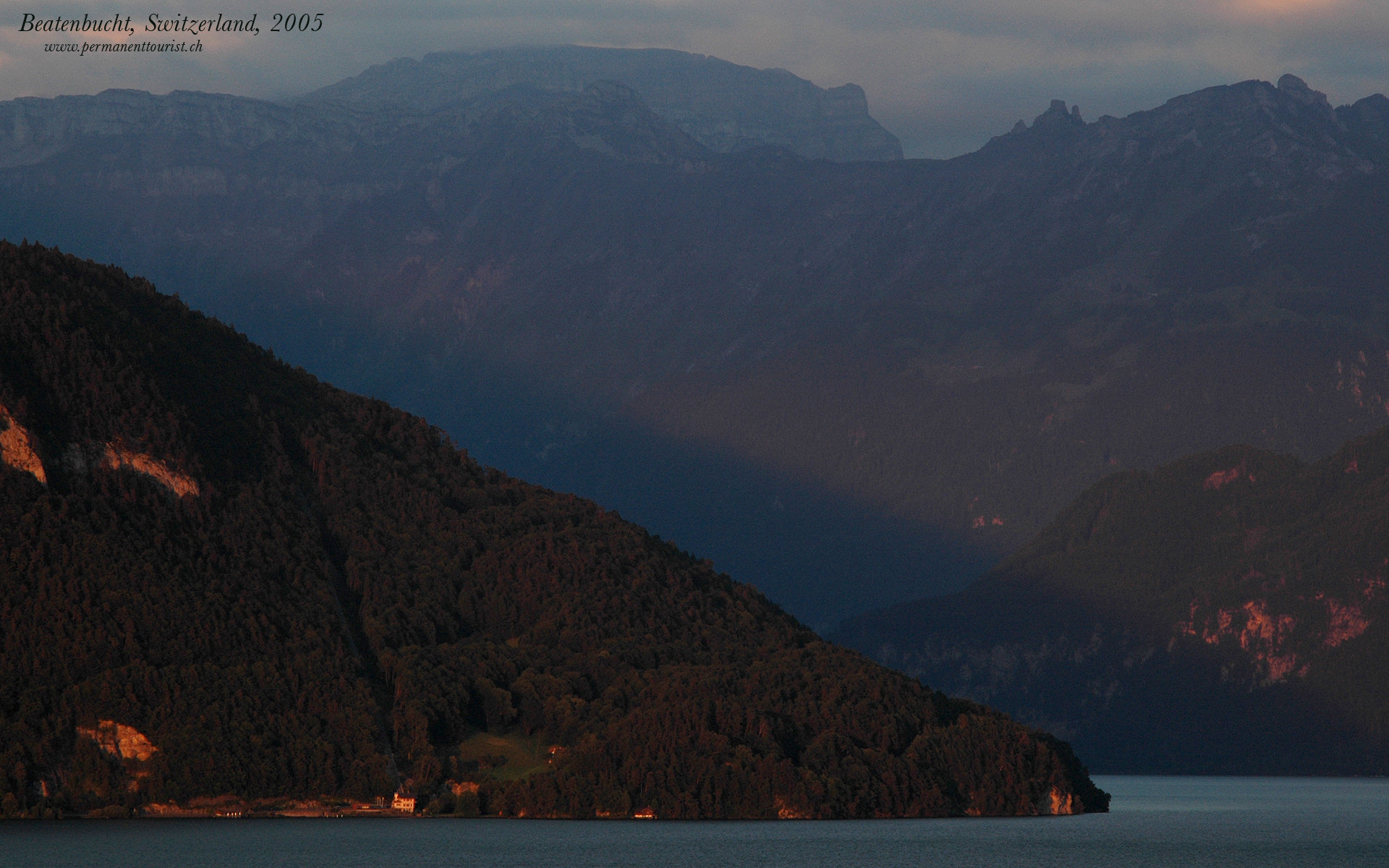 Taken in 2005. The distinctive castle at Spiez is thrown into silhouette by a clearing storm over Interlaken and Lake Thun in the distance. 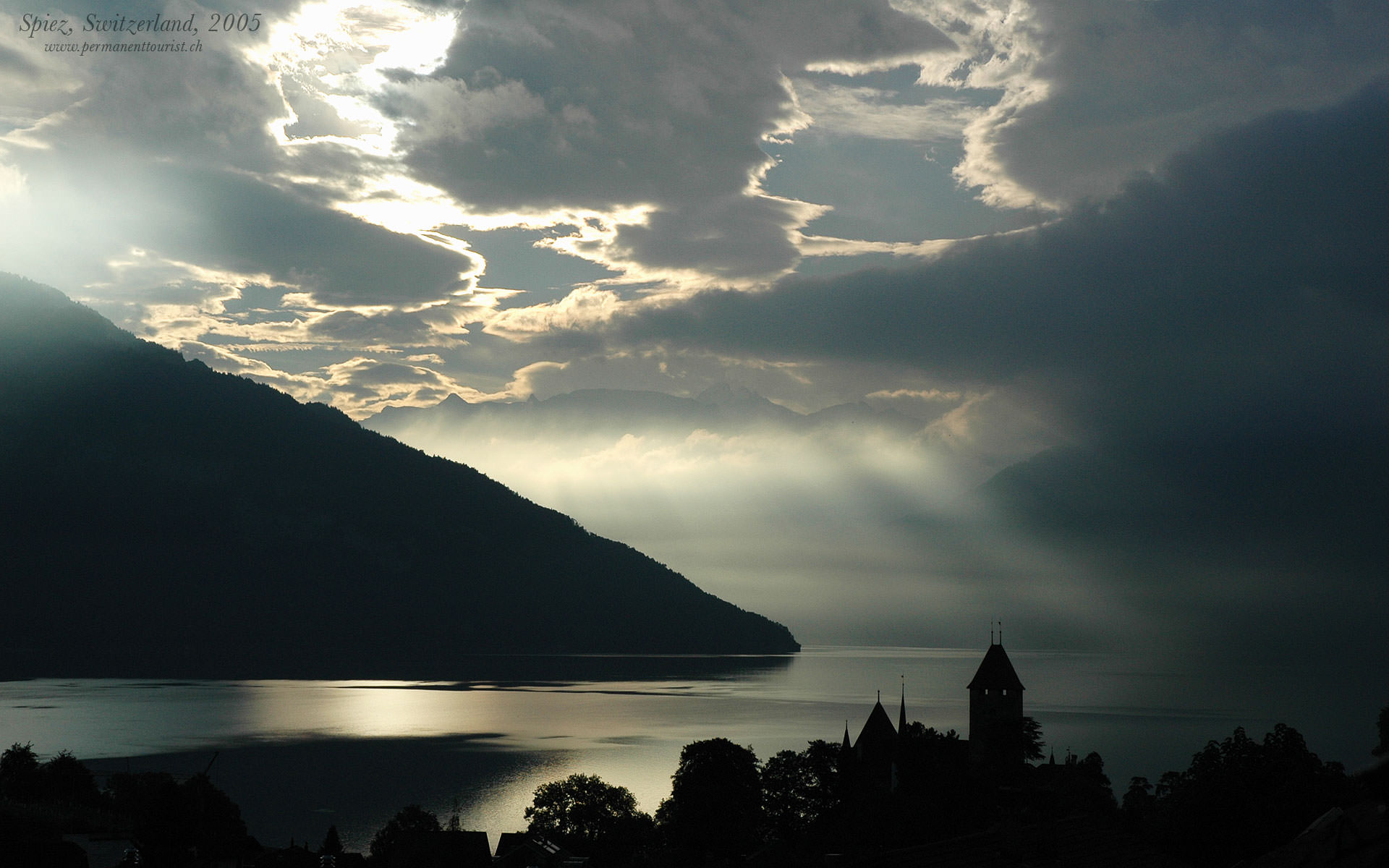 Taken in 2005 of the pyramidal mountain which dominates the southern bank of lake Thun and the villages around Spiez. 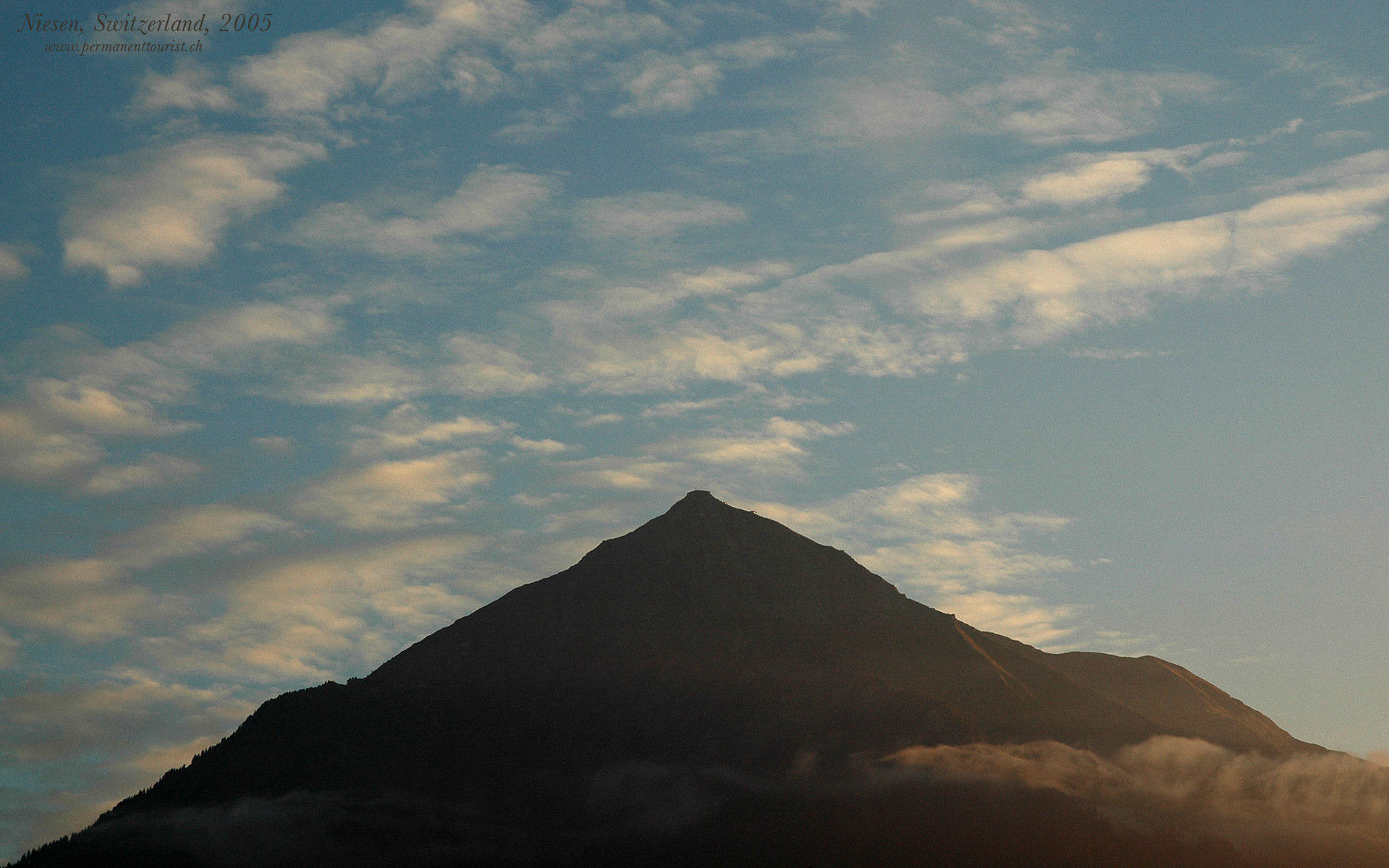 All posts, Life (and how to live it)
competition, computer, History, images, Life, The internet, wallpaper, windows, Work

One response to “Through the Windows”