These are two of the many hundreds of gems which lie in folders in my cupboard; one of the thousands of frames taken over the years with traditional film cameras. Many of them have never been seen before, even by me: the vast majority – all but half a dozen films or so amongst five lever arch files full of sheets – are negatives, so while I can see the subject, I cannot yet see the picture itself. These are amongst the exception: large colour positive (or “transparency”) images which I shot on 50 ISO Fuji Velvia using a twin lens Rolleiflex on loan from an old friend. The views are of Stock Ghyll Beck, a stream which cascades down from the hills into the centre of Ambleside in Cumbria, taken after dusk on a grey and damp day. 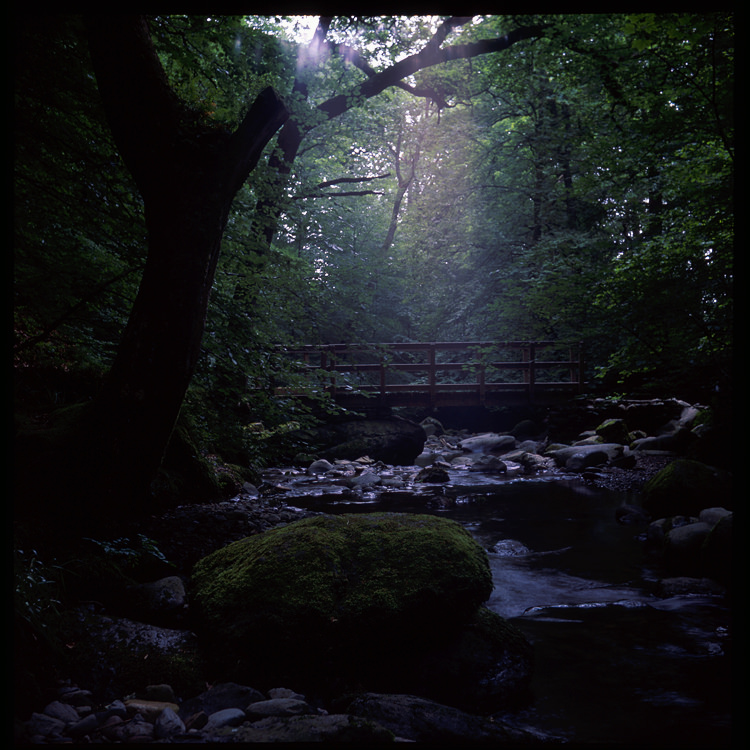 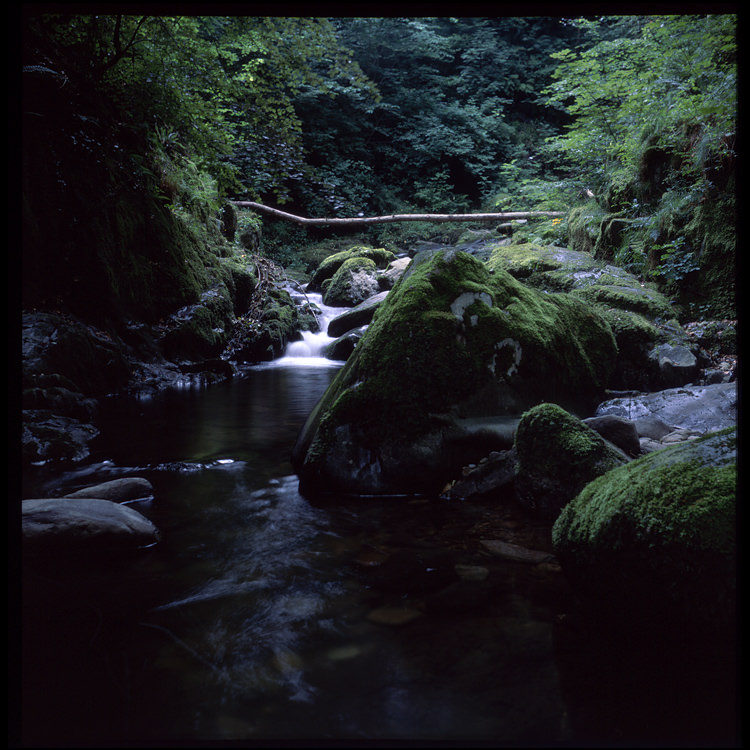